What a paralysis survivor taught me about the first step 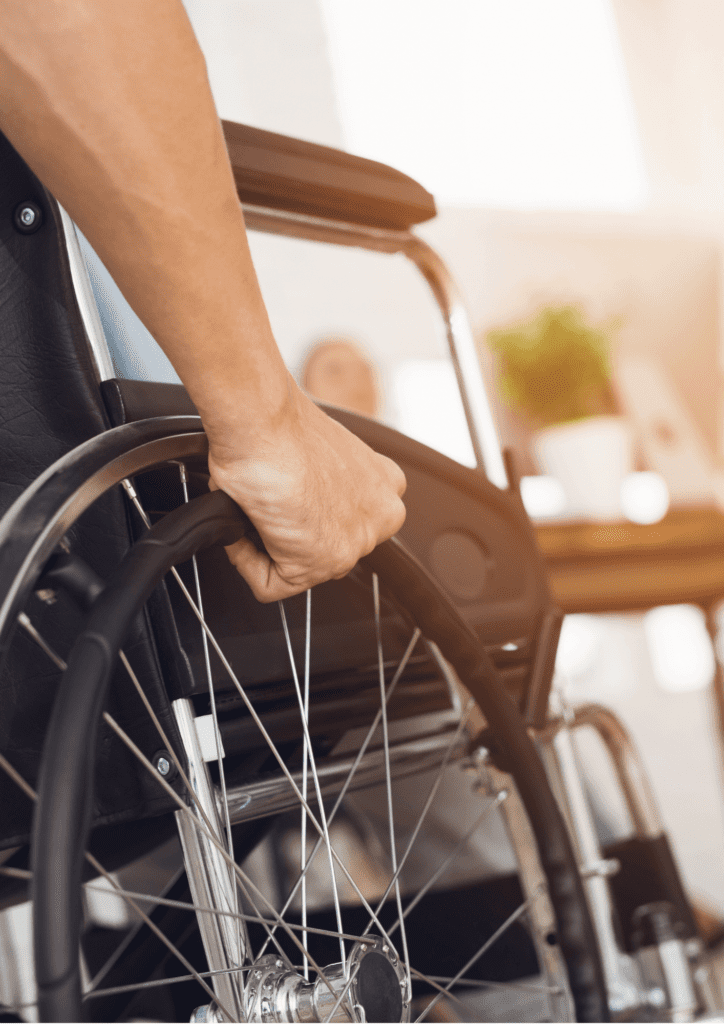 Four solid reasons why the first step you take towards your goal is the most important one you'll ever take!

AT 21 HE THOUGHT HIS LIFE HAD ENDED! 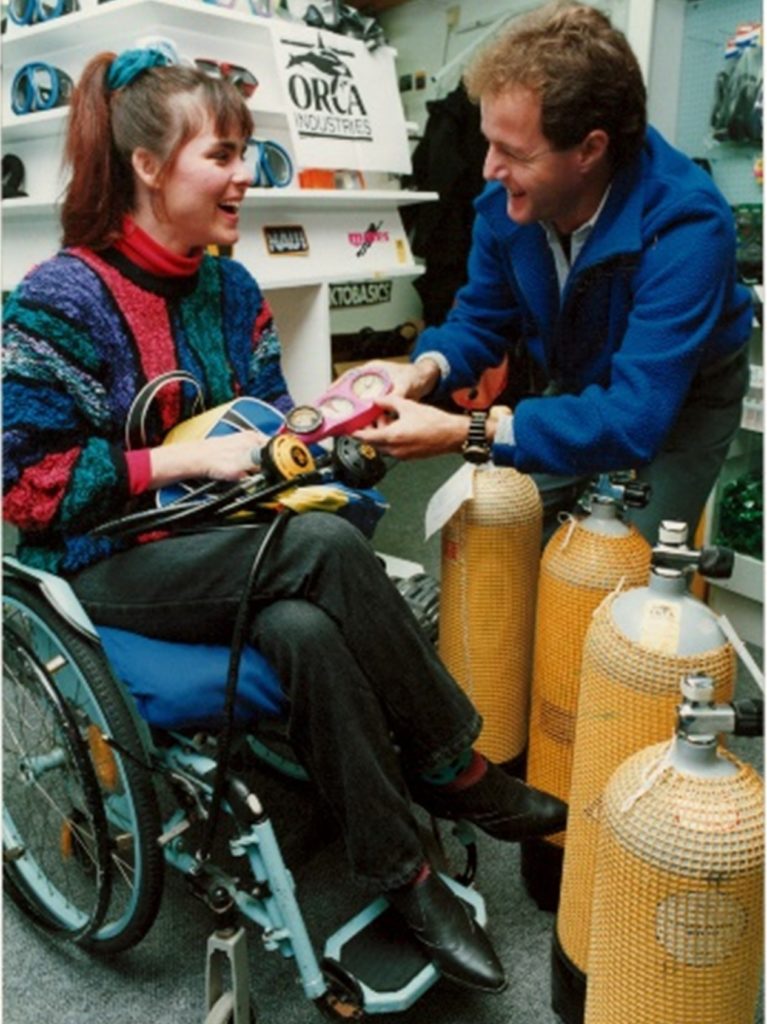 Duncan’s life collapsed after he ate a dodgy pie.  At the time he was a 20-year-old sportsman in peak condition, doing his military service. Extreme food poisoning led to a chain of events from which he would take 30 months to recover.

He landed in hospital for seven days after eating that putrid pastry.  A day after being discharged, still feeling weak, he started losing strength in his limbs but felt no pain. Over a period of 48 hours things got progressively worse.

On his 21st birthday he was admitted to the nearest major military hospital, mostly paralysed. He could not move his arms or legs. Fortunately, he could still breathe on his own. It was a frightening time and he was far from home.

His weakened immune system had made him vulnerable to infection.  After various tests

he was diagnosed with Guillain-Barré syndrome. It’s a rare neurological auto-immune disorder that is neither contagious nor inherited; and has no cure.  Some sufferers may only experience brief weakness and fatigue. Others become paralysed, unable to breathe by themselves.  Recovery can take weeks or years.

Duncan counts himself lucky. It was a long and rocky road to get back to health, but he largely recovered.  In the process he gained compassion, insight, conviction and maturity.  Through it all, he went through distinct steps to get his physical wellbeing back.  At the same time, and unknowingly, his psychological wellbeing grew too.

IT ALL STARTS WITH THE FIRST STEP.

Four reasons why the first step is the most important

Duncan’s moment of revelation occurred when he experienced young men his own age dying in his ward.  Four of them were admitted with 2nd and 3rd degree burns after an explosion in a military munitions plant. Two died in extreme pain in the ward soon thereafter.

As he lay there, paralysed, he realised that comparatively he was better off than them.  He was alive, not in pain and had a change at some sort of recovery. The muscles in his abdomen started stirring and for the first time he felt he could recover and get his life back.

When we take that first step, whether mentally or physically, we are signalling to our mind that we are ready and prepared to start the journey.  It could be a very short journey, such as the desire to change one small habit or to start learning something new. It could be a long journey, such as a stretching ambition to master a new skill.

Regardless, the journey only starts when we replace dreaming or planning with concrete action, no matter how small.  We need to bridge the gap between intention and behaviour. Taking that first step signals a psychological intention to move forward.  When we make that switch in our mind, from thinking to doing, is when the magic starts to happen.

After six weeks of paralysis, Duncan’s large muscle groups started coming back to life in fits and starts.  First the stomach muscles, then an upper leg and an upper arm.  With hard work, after a further six weeks he was able to move around a bit in a wheelchair.

At the time he was leading a lonely and isolated existence in a military hospital 2000 kilometres from home.  Over thirty years ago there were no mobile phones or easy internet connection.  Just him, a bed, a ceiling and a radio.  His doctors told him that once he was able to get himself into a wheelchair, he could be located to a hospital closer to his family. That became his mission in life.  Get into my wheelchair by myself! And then get back to my hometown!

Taking it step by step and refusing to be discouraged, he succeeded after three months,  in early December.  He found a way to fall into his wheelchair from his bed that looked, superficially, to be more controlled than it was.  And so he was airlifted to a hospital closer to his family.

A different hospital ceiling and a new goal saw him into the new year – a commitment to leave hospital and live at home again.

Regardless of the length of the path, when we take that first step we start a chain reaction of personal growth.

Duncan made some big and some small commitments to himself along the journey to recovery. Small commitments were:  developing the ability to feed himself and to wipe his own bum (yes, that was a burning ambition of his!).  These small commitments made him ready for the big commitments. The first of these was to get himself and his wheelchair home, leave the hospital ceiling behind and be treated as an outpatient.  His intention was so strong that it took him just six months to get medical approval to continue recovery at home.

However, the road to recover was still very long. His next big commitment to himself was to walk again and ditch his wheelchair.

He threw himself into physical activities aimed at restoring his muscles. Hours were spent at a swimming pool and in doing exercises at home.  Although he could not yet walk, he managed to play squash by standing in the centre court with his knees locked to keep him upright and his squash racquet strapped to his arm.  Willing friends would hit a squash ball or hollow rubber ball within his reach so that he could, for a brief period, feel that he was a sportsman again.  Returning to his beloved hockey was however still unattainable.

It was a proud moment when, 17 months from the date of first admission, he got an official receipt for returning his wheelchair to the hospital. He still has the receipt.

It took a full 30 months before he was deemed 20% disabled and able to live life more independently again.

Taking one step is a powerful signal to ourselves that we have a clear intention. Taking positive action, no matter how small, turns intention into commitment.

That commitment to action is like a promise to ourselves. If we commit to doing one thing, and then we do it, we get a sense of accomplishment. That sens of accomplishment helps us to recommit and take the second step. We get into the habit of setting small intentions and keeping them. Soon it feels intolerable not to keep making, and meeting personal commitments. 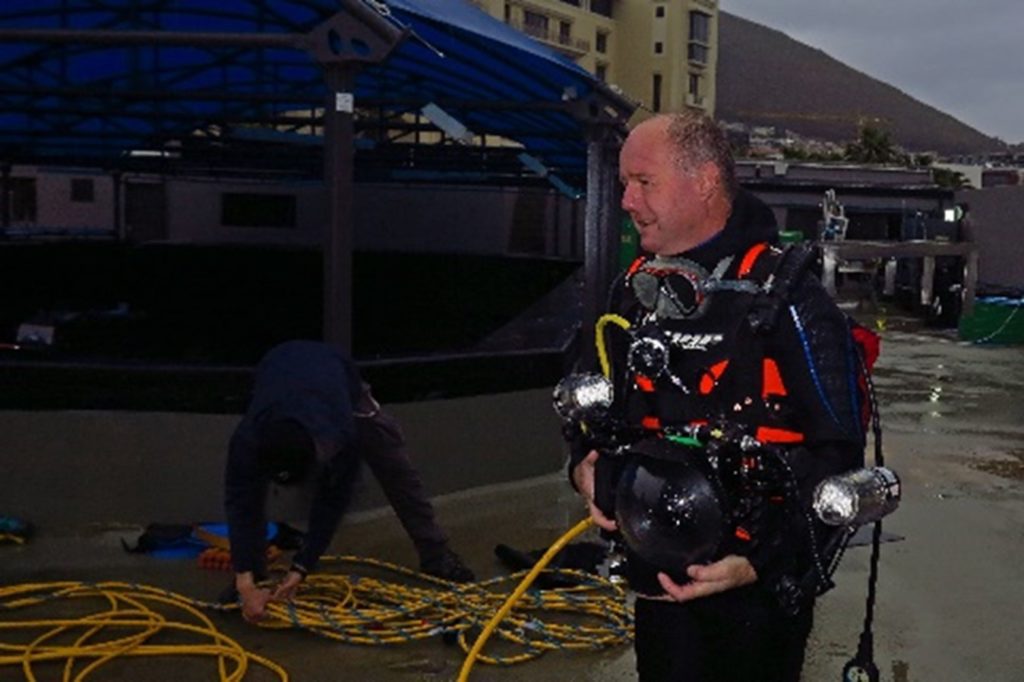 Most of us talk to ourselves all the time. Mostly this conversation takes place in our head. Our self-talk can be positive ("That went well. I got this") or negative ("Well, that was a fail").  Many of us allow the negative self-talk far more airtime than the positive self-talk. To our detriment. But that's a topic for another time!

When we take that first positive step towards achieving whatever it is that we want to achieve, it activates our self-talk.  Subconsciously our mind monitors what we are doing and passes comment on it. "Well done," it says. "Now for the next step". And so, our self-talk becomes a powerful force to keep us moving forward. Our first step sets this invisible supporter to work.

Now my friend can't remember what self-talk was going on in his head. Yet he does recall an increasing sense of achievement and pride as his recovery sped along. That invisible supporter turned into an energetic cheerleader as he got closer and closer to his goal of leaving hospital. self-talk

AND WHAT'S THE POINT OF IT? 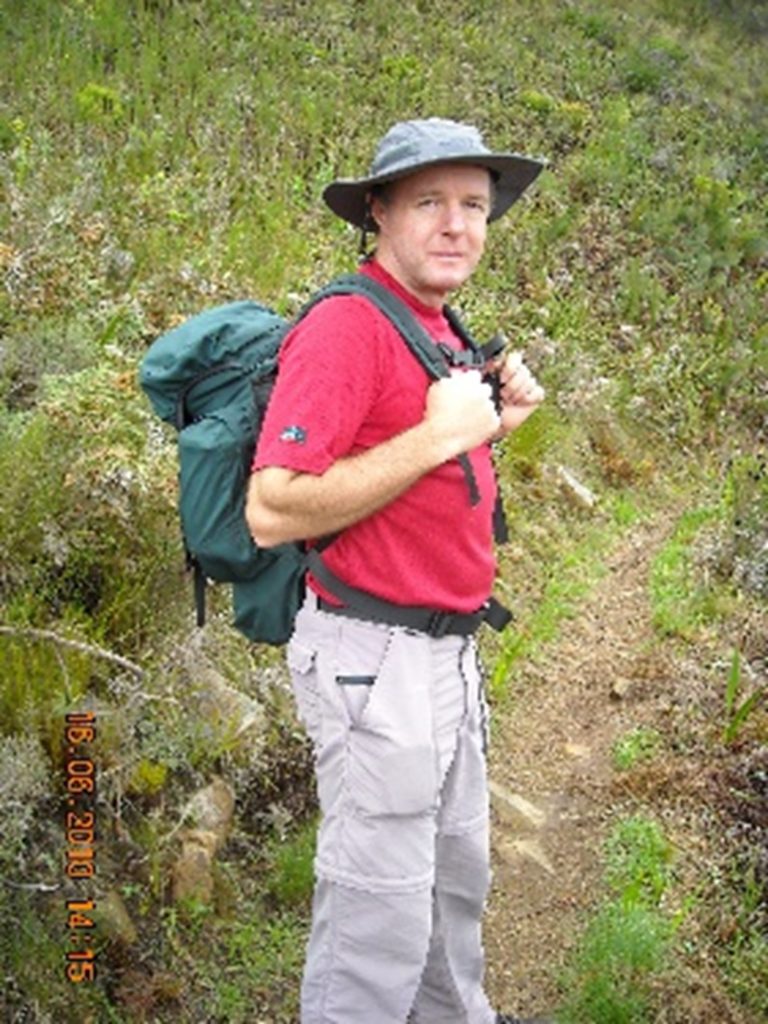 Well, taking that first step is so much more than a little step. It's the small rock that triggers the avalanche.

Duncan went on to achieve great things in life.  He started his own business and pioneered new ways of doing things in the diving industry, including opening access to the sport for people with spinal disabilities.

“I think I would have had a very ordinary life if I hadn’t had this experience,” he told me. “Instead I realised I could do so much more if I refused to take no for an answer”.

WHAT'S YOUR GOAL? AND WHAT WILL YOUR FIRST STEP BE? 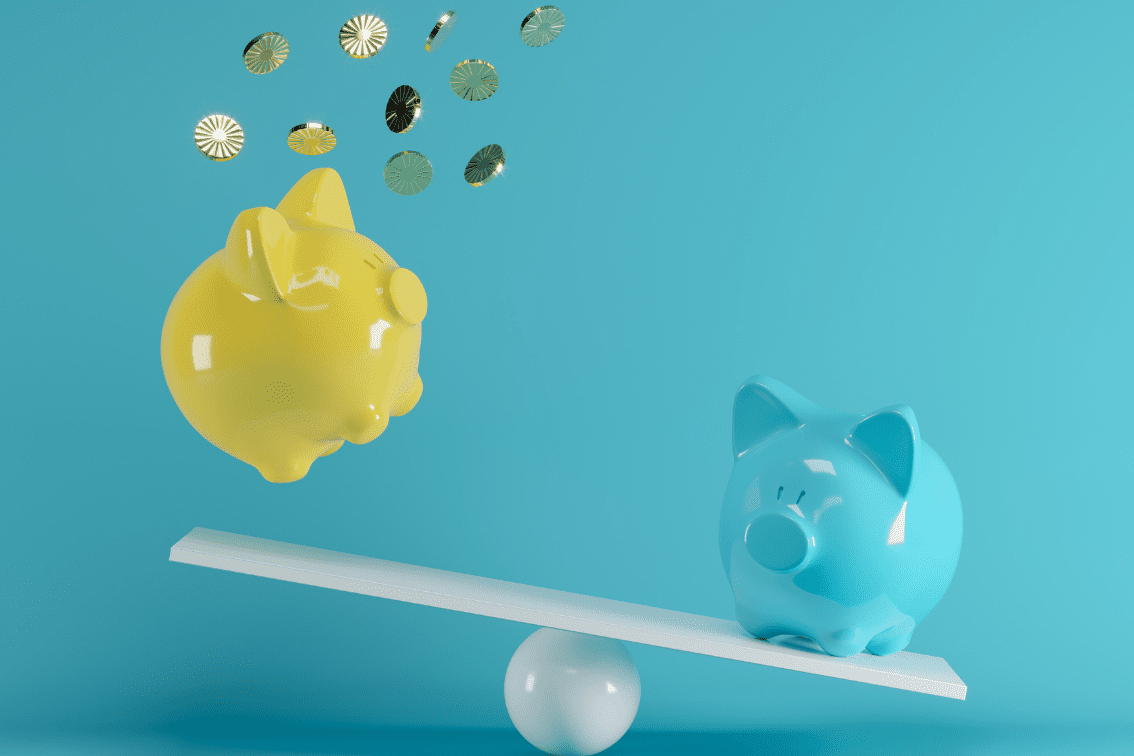 How to convince your boss to pay you more 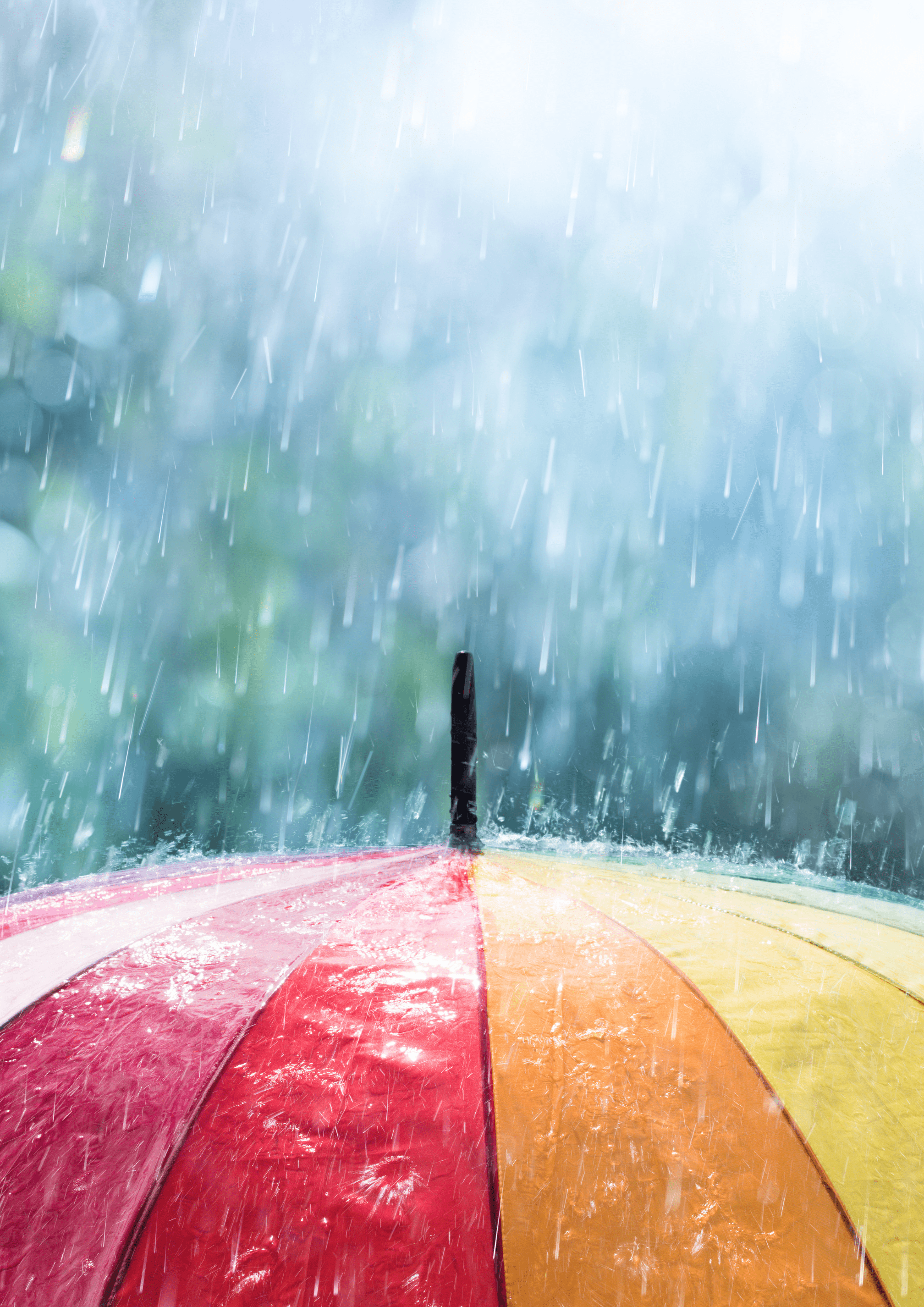 RAINBOW OR RAINCLOUDS? WHY AREN'T YOU MOTIVATED? Do you also find yourself being ambushed by…
Read post 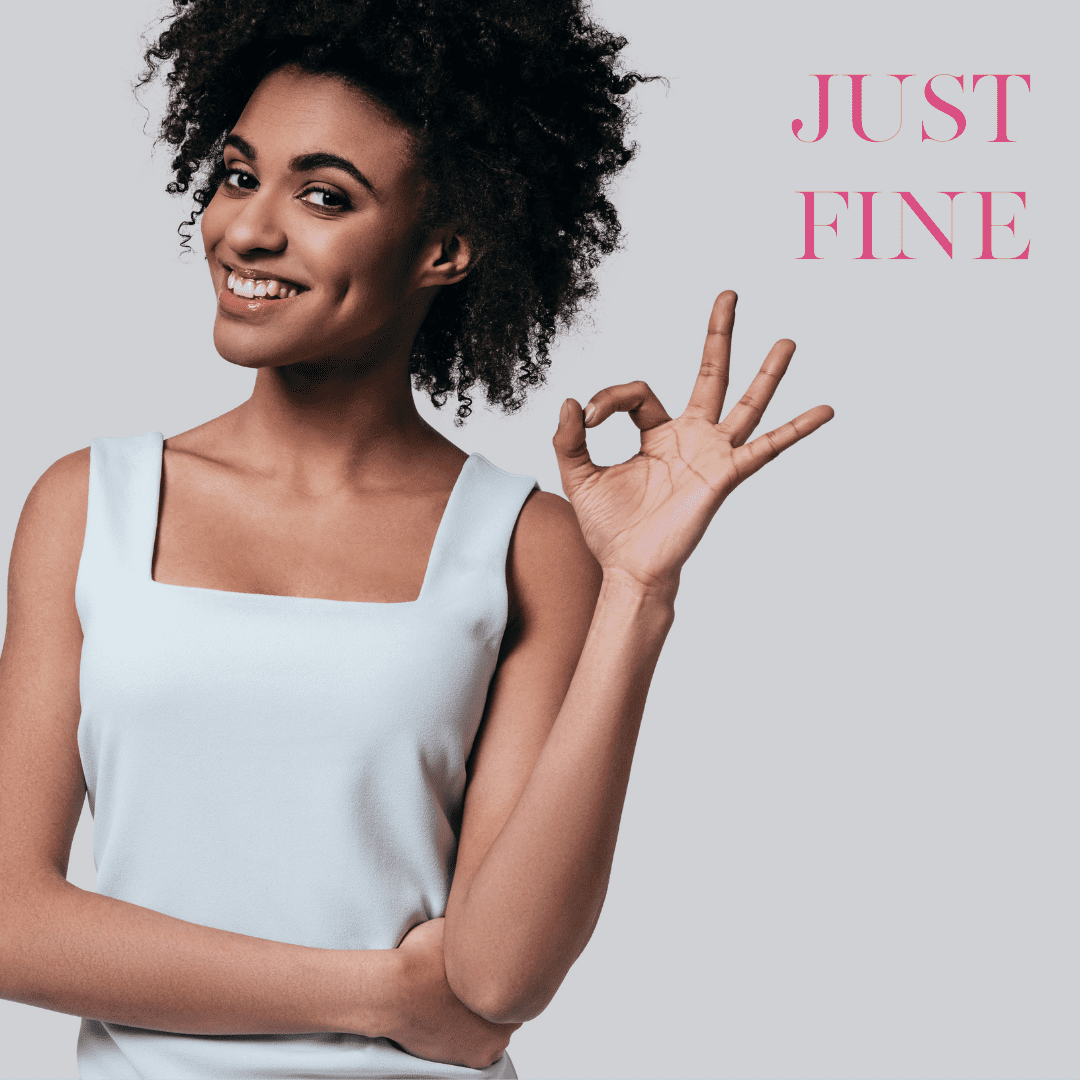 How to trick your mind to ditch “perfect” for “just fine”